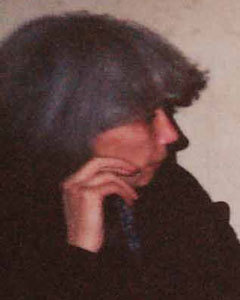 a welcome from author Paula Friedman

Paula Friedman's honors include Pushcart Prize nominations and New Millenium Writings, OSPA, and other awards and honors, as well as Centrum and Soapstone residencies and fellowships. Her short fiction and poetry have appeared in numerous print and online literary magazines and anthologies. Ursula K. Le Guin called Friedman's debut novel, The Rescuer’s Path (2012, 2018) "exciting, physically vivid, and romantic," Cheryl Strayed termed it "humane and wise," and Carole L. Glickfeld said "I could not stop reading this novel. I loved it." Of Friedman's newest book, The Change Chronicles: A novel of the Sixties antiwar movement, Wesley Hogan, Director, Center for Documentary Studies at Duke University, says "This is a book to share and discuss--a triumph." Friedman's poetry chapbook, Time and Other Details, appeared in 2006.

Friedman teaches fiction and memoir writing in Oregon, and edits books for university and trade presses. Previously, she directed public relations for the Judah Magnes Jewish Museum, directed the international Rosenberg Award for Poems on the Jewish Experience, and founded and managed the collective literary magazine The Open Cell. She has run author readings and workshops in Berkeley and Paris, edited the 2014 science fiction anthology The Future Is Short, and has compiled an anthology of West Coast Jewish women’s poetry. She holds an MA from San Francisco State University and a BA from Cornell University. Active in peace and justice issues, she received the 2006 award of the Columbia River Fellowship for Peace.

The Rescuer's Path
When Malca rides off-trail, she discovers a wounded antiwar activist--and her own courage.
The Change Chronicles: A Novel of the Sixties Antiwar Movement
A young woman's struggle for peace and for self-determination in the Berkeley 1960s antiwar movement
Time and Other Details
Selected poems of history, family, struggle, love, and death--details of time's thrust.

Advocates for published authors since 1912

A compendium of member websites